Electric Grid | All you need to know

LKHPD > News > Articles > Electric Grid | All you need to know 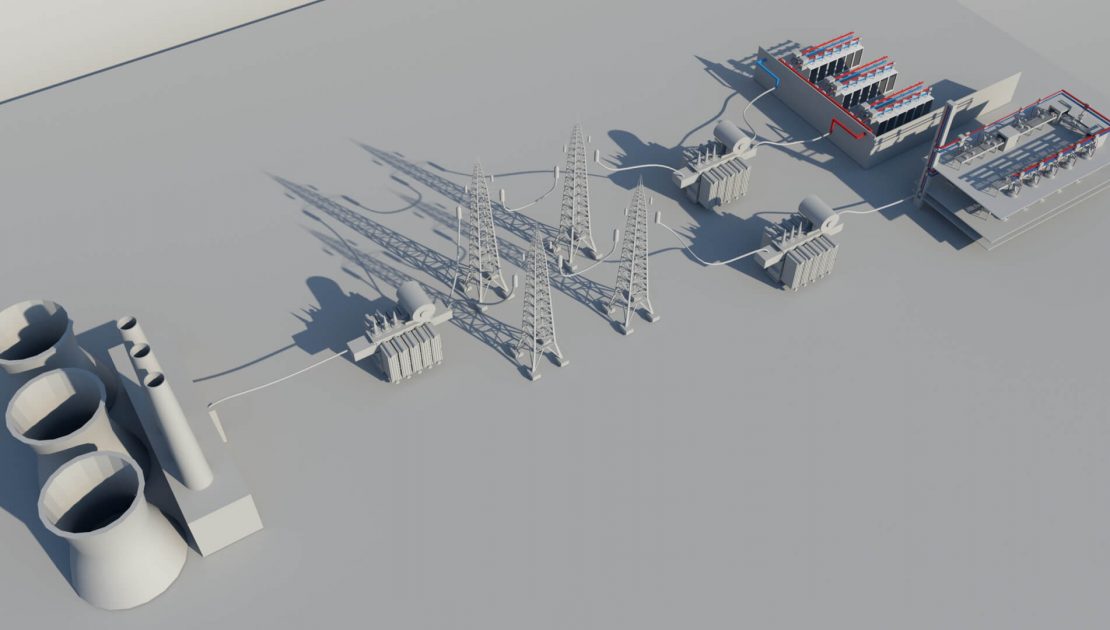 The power grid as we know it began with isolated power generation systems across the world starting in the 1870s. The growth and unification of the systems into an interconnected AC power ‘grid’ helped raise the quality of life of people from all classes.

The network comprises the transmission lines and distribution lines collectively take as an electric grid. It works as a bridge between the place where power is generated and the place where it is being consumed. The generated power is transfer in the bulk through the transmission lines to the distribution lines by increasing the voltage to decrease the resistance in the lines. Then this transferred power is distributed through the distribution lines to the consumers by lowering its voltage to a desirable level so that it can be used by the consumers. There are different electric substations involved in this whole process which are used to increase or decrease the voltage.

Power generation is the process of generating power from different sources such as Coal, water, nuclear, etc in the power plant. This generated power is then transferred to the places where it can be used (Consumer).

How do we generate power

Most of world electricity generation is from electric power plants that use a turbine to drive electricity generators. In a turbine generator, a moving fluid—water, steam, combustion gases, or air—pushes a series of blades mounted on a rotor shaft. The force of the fluid on the blades spins/rotates the rotor shaft of a generator. The generator, in turn, converts the mechanical (kinetic) energy of the rotor to electrical energy. Different types of turbines include steam turbines, combustion (gas) turbines, hydroelectric turbines, and wind turbines.

A gas-fired power plant burns natural gas – a rapidly growing energy source across the world – to generate electricity. Although natural gas is a fossil fuel, the emissions produced from its combustion are much lower than those from coal or oil, according to a study by the Union of Concerned Scientists. Data from the International Energy Agency (IEA) shows that gas-fired power generation expanded by 3% in 2019, taking its power generation in the global mix to 23%.

In recent years, there has been a rapid growth in the number of wind farms across the world, underpinned by technological advancements. Global installed wind-generation capacity onshore and offshore has increased by a factor of almost 75 in the past two decades, jumping from 7.5 GW in 1997 to 564 GW by 2018, according to the IRENA. After the wind turbines are built, operational costs involved in maintaining wind power plants are low and they are generally considered to be relatively cost-effective.

Solar energy plants convert energy from the sun into thermal or electrical energy using one of the cleanest and most abundant renewable energy sources. They generally do not require high maintenance and last for about 20 to 25 years. According to the International Renewable Energy Agency (IRENA), global solar power capacity will increase by 9% each year between 2018 and 2050, in which time it will grow from 480 GW to more than 8,000 GW.

Eia. (n.d.). How electricity is generated. Retrieved from eia: https://www.eia.gov/energyexplained/electricity/how-electricity-is-generated.php

Nsenergybusiness. (2020, November 23). What are the different types of power plants used to generate energy? Retrieved from nsenergybusiness: https://www.nsenergybusiness.com/features/newsmajor-types-of-power-plants-to-generate-energy-151217-6004336y/

Terhune, L. (2016, November 18). What is the power grid and how does it work? Retrieved from share.america.gov: https://https://share.america.gov/what-is-power-grid-and-how-does-it-work/